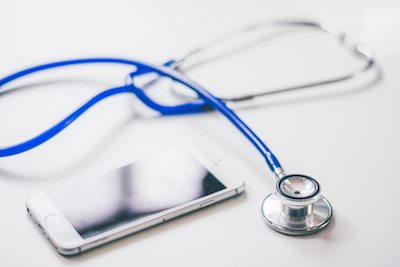 Pharmaceutical costs continue to rise and are increasingly becoming a significant portion of medical spending for care. There have been many attempts to stem this ever-increasing portion of the total cost of care including, increased generic utilization, value-based incentive models, and the use of drug step therapy protocols. Specifically, this latter model requires the administration of specific agents first, and if they fail, the provider may prescribe other agents. Unfortunately, these “stepped” agents tend to be more expensive.

The question arises concerning the effectiveness of the step therapy approach and the evidence behind what protocols are implemented. Since these activities occur at the health plan level, monitoring evidence-based models of stepped therapy is complex. All care delivery must be universal and follow evidence-based clinical decision-making, which is also necessary for insurance plans since they manage care when implementing such protocols.

A recent study in Health Affairs by Lenahan et al., Variation in Use and Content of Prescription Drug Step Therapy Protocols Within and Across Health Plans, delved into this topic. Overall, they found that plans applied step therapy in 38.9% of drug coverage policies with varying frequency. What this factor identifies is a lack of consistency, thus the straying from evidence-based practices. Additionally, when the authors reviewed the protocols for ten disease states, they found only 34% were consistent with corresponding clinical guidelines. Moreover, they found 55.6% of the protocols more stringent than the clinical guidelines and 6.1% less stringent – another considerable variation.

When one reviews the “noise” in the implementation process of these step-therapy protocols, it becomes evident that there is very little adherence to following evidence-based guidelines. Indeed, this is at the expense of the quality of care for those receiving treatments and causes confusion amongst clinicians, leading to care inefficiencies. Regardless of the payer, Clinicians wish to practice singularly. When the protocols differ per payer and do not follow evidence-based guidelines, this creates an undue burden on the clinician and hinders their ability to deliver appropriate care to those they serve.

Of course, the clinician can “argue” the situation, but this is time-consuming and unwarranted. Insurance companies are not attempting to deliver guidelines that create such issues and have no negative intent. Unfortunately, there is a lack of coordination between payers and the information they receive from the guiding bodies. To further complicate the situation, there are occasions when separate clinical bodies report contrasting guideline directives.

Better coordination is imperative at all levels and within the guideline producing groups in order to overcome these multiple issues of in-congruency between agencies and the payers and amongst the payers themselves. If this fails to occur, there will be an increased desire to legislate fixes which will most likely not be in the best interest for all, as experts in these areas should be dictating direction, and not a legislative body.